British Expats in Germany React to Theresa May Brexit Speech

In the following video, two British Expats react to British Prime Minister Theresa May’s Brexit Speech on Jan. 17 2017 in which she officially announced that Britain would leave the EU’s single market. Have a look.

Reaction of Alfie, a British Expat in Germany 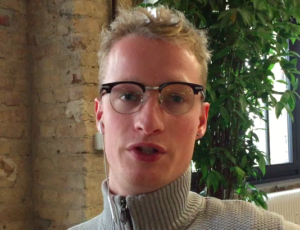 I think that the things that she articulated about leaving the single market, while obviously disappointing for anyone who cares about this sort of thing, it’s not really going to change the fact that they need to come to some kind of arrangement about residency rights for people in the EU and EU nationals in the UK. So for me, in terms of me wanting to stay in Germany, I don’t think it changes anything – I still have to wait and see.

How this makes me feel about staying in Germany

In terms of “will I be allowed to stay in Germany” or “will anyone be allowed to stay in Germany if you’re already working here”, the answer is the same as it was before May’s speech: Almost certainly yes. And while I can understand people who might be worried, because I’m worried, objectively speaking, we are almost definitely going to be allowed to stay. Logic and politics would dictate that they will come to an agreement on this. I think it’s almost inconceivable that they wouldn’t, however I do understand that everyone will feel a lot better once that’s in writing.

Reaction of Josh, a British Expat in Germany 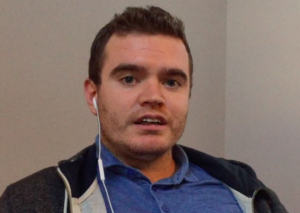 I don’t think she confirmed anything that we didn’t already know which is that: Negotiations are going to be difficult and people who haven’t got their futures secured are still going to be on the table as bargaining chips. I think most people are going to want that sorted first.

The people are from the EU already in the UK or people that are in the EU from the UK – there doesn’t seem to be any clarity on that, and the fact that neither side has offered any clarity, shows that they know its up for negotiation – which I suppose for people in this situation is a bit worrying.

But it’s politics and politics always plays with peoples lives doesn’t it, so we are just going to have to be part of the process and hopefully they can come to some sort of amicable agreement whereby people who have been here long enough are allowed to stay in the EU and people from the EU that are in the UK, that have settled in the UK, are allowed to stay because that would be I suppose the fair way.

In terms of other announcements, somebody said the biggest danger to Brexit is the politics that surrounds Brexit. Leaving the EU obviously/probably won’t be the best thing for the British economy and it won’t be the best thing for the EU economy, but it’s going to happen – a clean break – and it probably won’t be so bad: rich people will still be rich, poor people will still be poor and the world will carry on spinning. But the problem is the politics around Brexit, and if it becomes some sort of nationalistic statement as some of the media in the UK is trying to make it, and some of the EU media is probably going to react to that and see it as some sort of blowback to Britian’s past where it had a sort of sneering look at the world (and some of our newspapers still hold that view). If that takes hold, then the negotiations could really break down and either no deal will be made, which without any deal no one will really know what happens, or it will be people like myself or people that are living in the UK: they’re going to get the brunt of this hard Brexit or whatever you want to call it.

I don’t think she said anything new, but at least she said something because so far it’s been a lot of media talk. This is her actually spelling out a plan. I’m pretty sure the EU is going to laugh at her plan and be like “you can’t pick and choose”, “it’s not an a la carte menu” I think someone said. But, let’s see. I think although obviously personally I wish Brexit wasn’t happening, I kind of want it to happen as soon as possible now because this middle of not knowing bit is difficult for people who are stuck in the situation whereby they don’t know where they are going to be in two year’s time if they’ve laid roots somewhere.

How I think my current rights in Germany will be affected

I’m pretty sure that my current rights are not going to get affected. I’m definitely going to have less rights than I did, but I think that there’s a lot of non-EU people that work in Berlin in particular – Americans, Australians, Canadians – they all manage without the EU access, so I think worst-case scenario I’ll have to get some sort of visa.

The problem is the politics around it. If these negotiations go sour, then if I was an immigration official, British nationals in Germany wouldn’t be my priority to get sorted. So worst-case scenario I think I could be in some sort of limbo whereby I couldn’t legally work here – I’m not even sure if I would be legally allowed to stay here, but that’s worst-case scenario.

I’m hoping that we have some people in politics that are grownup enough to know that people’s lives are getting affected. Although a lot of these problems are first world problems, a job is a job, and every normal person needs a job to get their normal lives to be working, so I’d like that part to be sorted quite quickly, but we’ll have to wait and see and hope for the best.