Lucelle shares her experience finding work in Germany in the following video. Check it out

Hi, I’m Lucelle and I’m an American expat living and working in Berlin. My role at KAYAK is as a Data Specialist here in Berlin and I have been doing that for the past year and half.

The reason I wanted to move to Germany from the United States is because I grew up speaking Dutch and have learned Germany from the age of 14, so it’s really fun for me to live in a place where English is not the main language spoken. So I get to practice my language everyday and there is some German people in the office who I get to speak with. For me in general it’s just a lot more fun to live in a place with international people everywhere.

I graduated from university in 2016, and this is the first job that I’ve had outside of university, and I knew that I wanted to move back to Europe where I had lived when I was in high school for a few years. I basically just started by looking on all of the job websites that are out there on the Internet, it’s the greatest resource that you have, building up one general resume and one general cover letter that I could tailor to anything that I was applying for. Anything that was asking for someone with a Bachelors degree, that generally needed someone with my skill-sets, I would apply for, regardless of which city it was in. So that was the most important thing that helped me. I looked for jobs in Amsterdam, Rotterdam, Berlin, places in Spain – really any city that kind of spoke to me and I thought oh that would be a fun place to live – and that was also motivating for me because the idea of living in a cool new place really helped me get the resumes out the door quickly. 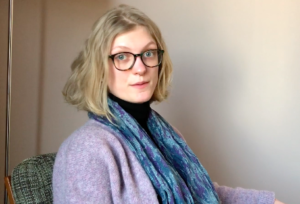 For me, one of the most important things was being in an international community and there are a lot of companies in any city that you move to outside of your home country. I am lucky enough to have Dutch as a second language, but I know a lot of people have also learned languages in school growing up and maybe have a comfortable command of another one, and something that really helped me narrow down jobs was to search for the name of language I speak, and not just in English or your home language, but like in German – since I was applying to jobs in Germany I would look for the Dutch word on jobseeking sites. Or if I was looking for a job in Spain, I would look for the specific skill-sets that I have in the job search websites to get results particularly tailored to my abilities. And that helped me a lot, and that is actually one of the reasons that I got the job I have now.

For anyone who is considering to move abroad, I really can’t recommend it enough – I have been so much more motivated living in a new place and have discovered all these new interests and met all these new people, and I think its just a really good choice for anyone who is young and looking for something new in there life – so go for it!