The Effect of Brexit on UK Expats in Germany [Regularly Updated] 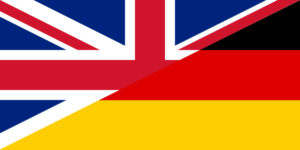 [UPDATE – Mar. 29 2017]: Brexit Signed. Today Prime Minister Theresa May signed the letter that will trigger Article 50 and formerly begin the UK’s divorce with Germany and the rest of the European Union. (Read more at BBC News)

The PM has signed the letter which will trigger Article 50 tomorrow, starting negotiations for the UK to leave the EU. pic.twitter.com/jHerwJs4g9

[UPDATE – Jan. 17 2017]: Prime Minister Theresa May officially announced that Britain will leave the EU’s single market to limit immigration but will seek a free trade agreement with the European Union. (View the reaction of British Expats in Germany)

[UPDATE – Nov. 29 2016]: Ahead of official negotiations, German Chancellor Angela Merkel has rejected a request from the U.K. to guarantee the protection of the residence, healthcare and working rights of British expats who have moved to Germany before Brexit. (Read more at POLITICO)

After the referendum that took place on June 23, 2016, the news that the United Kingdom will leave the European Union took the whole world by surprise. The immediate effect has been that many British expats living and working all across Europe are now fearing for their future and are anxious to learn how to minimize the potential challenges of this huge change.

Are you a British expat in Germany and worried about the effect Brexit will have on you and how you will continue to live and work in Germany? Don’t worry! We will regularly update this post with everything you need to know about the Brexit impact on Brits in Germany – consider this your Brexit survival guide. Here we’ll cover the current situation, Germany’s reaction to Brexit, getting a visa, changing citizenship, getting a job, pensions, and healthcare – you’ll find everything you need.

Note: This post seeks to help British expats make a more informed decision about their future in Germany, so if you notice any discrepancies or anything important that is not covered in this post or that needs to be updated, please let us know for the benefit of British expats who read this post.

The current situation in Germany after Brexit

To be able to measure the real impact of Brexit on Germany, you have to first look at what rights and benefits UK expats currently enjoy in Germany.

107,000 British expats currently live and work in Germany and don’t need German working visas and German residence permits because they are still members of the EU – at least until March 29, 2019. The UK will have two years to negotiate the terms of their official divorce from the EU which will be made final by Article 50 of the EU’s Lisbon Treaty.

Until 2019, British citizens can also freely move to Germany and vice versa, own property, and have full access to healthcare and pensions.

Nothing is certain yet, but chances are that come 2019, UK expats will need German residence permits and German work visas to live and work in Germany. You can find steps on how to apply for those here: Germany Visa Information – UK.

Specific items that UK citizens may have to take care of by the time Brexit in Germany officially arrives include:

Start learning about how to get an EU Blue Card ( a work- and residence permit for skilled Non-EU/EEA nationals) : EU Blue Card Network

If you want to stay in Germany permanently, one way to avoid all the potential trouble and uncertainty of Brexit is to apply for German citizenship.

For UK expats, acquiring German citizenship should allow you to keep all of the rights you had before Brexit because Germany is of course part of the EU.

Normally as a Non-EU citizen, in order to become a German citizen you would be required to renounce the citizenship of your home country – this is not currently the case with the UK, but Brexit could make this a reality. That’s why some German politicians are currently fighting for UK expats in Germany to fast-track obtaining dual citizenship before Brexit takes full effect, meaning that Brits can keep their British citizenship and also be German citizens.

To encourage UK expats to not move back to the UK, the Berlin-based NGO Citizens for Europe has offered to help Brits with the process of becoming a German citizen. They will be guiding UK expats through the requirements for receiving German citizenship by organizing public events, advising through legal clinics and through a new media campaign  called “Marry a Brit.”

Since the Brexit vote, the demand by UK citizens to obtain German citizenship has dramatically increased – the German Embassy in London revealed that the requests for citizenship increased tenfold after the referendum.

Brexit effect on jobs in Germany

After Brexit, obviously British expats who are already in Germany and more integrated in the country are going to be better off than those who are still planning on relocating to Germany to live and work. New arrivals from the UK will face a visa barrier to living in Germany and finding a job in Germany – in the form of loads of paperwork written in a style of German that is hard to understand even for many Germans, and the annoying bureaucracy that comes with getting that paperwork processed.

Healthcare and pensions in Germany post-Brexit

The European Health Insurance Card (EHIC) gives all EU citizens access to more affordable healthcare, so Brexit may mean the termination of this card for Brits – UK workers in Germany could face higher costs for medical treatments.

British pensioners in Germany may also face challenges after Brexit. Presently, UK pensioners who live in Germany have their pension protected every year thanks to the European Economic Area system which takes into account wage and price inflation. However, after Brexit, pensions of British expats living in Germany may be frozen.

Stay positive and be prepared for Brexit in Germany

Naturally, many UK expats living and working in Germany are scared of what the Brexit may bring. But nothing is certain yet and the two countries have a long journey of negotiations ahead of them so if you are one of the UK expats worried about what will happen, there is still hope so don’t jump to any conclusions yet – just add this post as a bookmark in your browser check back here often for updates on the effect of Brexit in Germany so you can prepare yourself accordingly. Good luck!

12 Comments on this Article