In this video, Aaron talks about his experience getting a job in Germany. Have a look

Hi, my name is Aaron and I’m an American expat living and working in Germany. I’m a Product Manager working at KAYAK. I’ve been working here for about two years.

We had been working on our startup in Germany for about eight months when my co-founder saw that KAYAK was offering a pitch competition to startups in Berlin – you would come here and pitch your idea. She submitted an application and we were selected among 5 startups that would pitch, and at the end of the pitch we won. The prize for that was to spend a month working at KAYAK and benefit from the knowledge and experience here. At the end of that month I realized actually that this was the environment I wanted to be in and I asked if I could transition to working here instead. 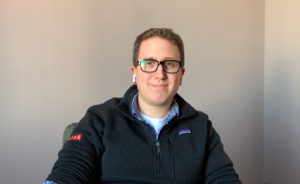 I think my tip based on my experience for finding a job is actually not necessarily Germany specific: I think finding connections, meeting people, introducing yourself, having them get to know you – that was a big part of what got me my job at KAYAK, it was that they already knew who I was because they had been working with me for a month. So I think that’s really a great way to get in basically anywhere you want to work.